My Atheist Meanderings on Squidoo

I've put up a Squidoo page, An Atheist View, to get more exposure and to get a few dollars for writing about things I am passionate about. It has some articles in common with this blog but it has a little bit of new material and a discussion in the comments that could get interesting.

I plan to add more to the lens once I get the time.

Support your friendly, Atheist Bitch by taking a look at An Atheist View.
Posted by Kylyssa Shay at 11:48 AM No comments:

Doesn't it Take a Lot of Faith to Be an Atheist?

People often say, "It takes a lot of faith to be an atheist." This is usually followed with a statement like, "After all, you can't be 100% certain there is no God."

As an atheist, I can say that it has never taken me any faith at all to be one. Saying that being an atheist requires faith requires one to accept the idea that everyone thinks God is real, when in fact many people (called atheists) do not. It is the very definition of atheism. Atheists are people who don't think God is real. 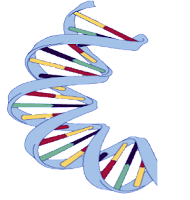 A few days ago, I had a very high fever, something which isn't unusual for me. I went to bed, feeling dizzy, and had this bizarre dream in which someone was trying to convince me of the correctness of Creation's Ladder. No doubt the dream was fed by conversations I'd had about Social Darwinism, Creationist Literalism, and evolution due to Darwin's recent birthday.

Creation's Ladder is an ideology which holds that God put everything in its place in a hierarchy or ladder with the kings of man at the top. Creation's Ladder put the lion over other, weaker beasts and the nobleman over the poor man as the natural course of things. The Creation's Ladder explanation of the relatedness of animals through God's trains of thought may have simply been a ploy to get peasants to accept their lot in life and the domination of the wealthy and powerful.

Now in the dream, the faceless person tried to convince me of the validity of a six day Creation and Creation's Ladder by showing it to me in a weird physical form. This poem represents what I woke up feeling and is, in fact, the first thing my sleep muzzied, fever flushed brain produced when I sat up in bed.

Pulling apart the Ladder of Creation
piece by piece
bones and beaks
break the rotten rungs
easily,
finding not solid gold
but a layer of gilt,
just thick enough to keep its shape.
Filled with stale imaginations
and rigid attitudes
the illusion remains
though the Ladder of Creation
can clearly hold no weight.
Battered by bacteria
and eroded by reason
all that remains is the the Ladder's shape -
shimmering, worthless flakes
held together by faith and fear.
Blinded by its reflection,
men quake and walk in circles
beneath it
unable to see wonders
just beyond its influence.
They hold their children tightly
in the shadow of Creation's Ladder
covering innocent eyes,
lest they see that
shining, spiraling,
built to last,
the truth twines through every cell -
All men ARE brothers
and cousin to all that lives.
Posted by Kylyssa Shay at 2:23 PM No comments:

Here's your chance to sound off on what evolution is and isn't.

Some people in America have a lot of ideas about what Evolution is. They think it's a religion, an ideology, a moral judgment, or an evil plot to turn them away from God.

I've started what is called a "Duel" over on Squidoo. It contains areas where you can give your opinions on evolution. The page I created for it deals with what some people think evolution is and explains how those ideas are incorrect. I've linked to some of my articles and some other relevant pages.

I was kind of hoping to get more fundamentalists to respond, to get a real discussion and "Duel" going.

You can find the Squidoo Duel at What Evolution Isn't.

By the way, does anyone have any ideas on how to attract fundamentalists to the discussion?
Posted by Kylyssa Shay at 8:01 AM 2 comments: