Currently, SHARE is turning all of its attention to aiding Haitian earthquake victims. You can donate to the Haiti Quake Relief through this link. 100% of your donation, with no administrative fees retained, will go to Doctors Without Borders operating in Haiti.
Posted by Kylyssa Shay at 9:25 AM No comments: 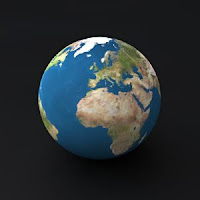 Their mission is to help victims of religiously motivated crimes and violence whether committed by governments, individual terrorists, or organizations that claim religious justification for their crimes.
Posted by Kylyssa Shay at 12:34 PM No comments:

Actually, no, the title of the article out there right now is "Atheist Book Found in Home Linked to Fire" in regard to the January arson of a Texas church. Other items found at the home included a book about demonic possession, guns, knives and a GPS.

I'm not sure how books or a GPS can be considered incriminating, really.

The atheist book makes headlines? Why not the demon book? Why any books at all?

There's allegedly something to do with an inverted cross in this case - so why focus on the atheist book when inverted crosses are traditionally a Satanic thing?

You know this is going to be made into a huge deal about all atheists being immoral.

So why is this any different than a Bible being found in a murderer's home?
Posted by Kylyssa Shay at 2:47 PM 1 comment:

Spiritual experiences are just intense emotional experiences. Most atheists and many religious folks (of the not blinded by their beliefs and taking everything literally kind) recognize that those experiences are biological/psychological in nature. Emotional situations give us a particular sort of high which those so inclined interpret as supernatural phenomena. In fact, there's nothing supernatural about them.

A bit of electromagnetism hovered over the right part of the brain, a few puffs of cannabis smoke, or a temporal lobe seizure can produce the same effect.

I'm not sure why people are so apt to attribute emotions to supernatural sources when physical things affect them so intensely.

If they think emotions come from the supernatural, then why don't they pray instead of taking Pamprin for their PMS? 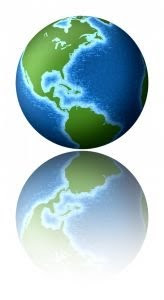 The International Humanist and Ethical Union (IHEU) is a union which includes more than a hundred atheist, secular and freethought organizations from 40 different countries around the world. IEHU fights for freedom of expression, human rights, and separation of church and state. They support the victims of religious persecution and superstition. IHEU fights to end untouchability - caste systems which place people in abject poverty with no hope of escape due to accident of birth.


image by Billy Alexander
Posted by Kylyssa Shay at 7:49 AM No comments:

If you haven't checked out this wonderful new secular charity program, give it a look now. It seems well focused and supports such a variety of causes there's bound to be something there you can get behind.
Posted by Kylyssa Shay at 10:11 AM No comments:

Why Don't People Understand This??? How Do You Explain?

I don't know how many times I've tried to explain why atheists care about religion but no matter how I do it, people just don't get it. They take it as an attack or some kind of persecution.

I tried (again) to explain why atheists talk about or stick our noses into religion (as they put it) even though we don't believe in God. I don't even feel like I'm writing English.

The comments are the interesting (read: frustrating) thing about one of my latest attempts at explaining why atheists are concerned about other people's belief in God. I don't know what editorial that one commenter read but I don't think it's something I wrote. If you are so inclined, scroll down that page and read the comments (the ones I didn't write in response) and tell me what you think.

But whether or not you read that or not, I'd be interested in how you explain why atheists care about religion.

Email ThisBlogThis!Share to TwitterShare to FacebookShare to Pinterest
Labels: atheist politics, religion in politics, why atheists care about religion

Obama Uses the Word Agnostic and People Flip Out

OK, so, today President Obama used the word agnostic to describe his thoughts on raising taxes for people making less than a quarter million a year. All over the Internet and presumably elsewhere, people are flipping out over it.

He's referring to being politically agnostic not agnostic in regard to God!

So what if he were, though? What if Barack Obama were to admit to being an agnostic about the existence of God? Would people push to get him impeached or what? I know that all hell would break loose, but what do you think would happen?
Posted by Kylyssa Shay at 3:55 PM 1 comment: 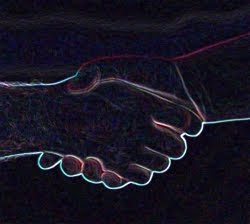 A while back, I was asked the question - "I perceive atheists act (behavior wise) like religious people, in the sense they belong to something. And it feels somehow exclusive. Now, tell me objectively, have you noticed that?"

It may be the area of the country I live in but, until recently, I never even met a person who I knew was an atheist outside of my own family. When you might go a lifetime without meeting someone in person who admits they are an atheist, it's kind of hard to feel a sense of atheist community.

I'll admit that I was excited to meet him because it's really nice to be able to talk openly and not have to navigate a conversation laden with religious references that one must pretend to also believe to avoid offending anyone. But I get that kind of conversation with my liberal, non-atheist friends, too.

All atheists really have in common is their absence of belief in God. Beyond that, there's not too much held in common. Most atheists are upset by religious laws, religion based discrimination, and religious practices that infringe on human rights but then again most non-atheists are, too.

What I see among online atheists (the only type I interact with regularly) is more a type of understanding of certain situations atheists in America encounter rather than a sense of community. When I relate my experiences with anti-atheist bigotry to my liberal religious friends they express shock and sometimes disbelief but most other atheists I've conversed with have had similar experiences. They can relate to the problems of biting your tongue to keep your job or having friends or family disown you if you are "outed" as atheists. They can relate to the vandalism and the death threats, especially atheist writers. Even if they've never had the specific action performed against them, generally they've experienced something in the same spirit.

While this might not create a sense of community it does tend to inspire activism. When I see a negative behavior among people as just my own experience, I tend to just take the indignity or abuse without raising a fuss. But when I see that the behavior isn't against just me, and is deemed acceptable to my society, it outrages me. I think that is the something some atheists do belong to - a desire for positive change inspired by shared negative experience. But it is by no means exclusive.

You don't have to be an atheist to be part of it. Just speak out against unjust religious legislation - anti-gay laws and anti-science education laws (religiously motivated legislation to alter the teaching of evolution, geology, history, and/or environmental sciences in public schools) that are all in the legislative process right now. Speak out against religious discrimination against non-Christians in the workplace. Object when people slander homosexuals. Protest religiously motivated discriminatory child custody practices. Protest the medical and educational neglect of children. Any of these will make you a part of it.