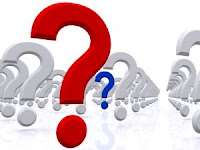 People often attempt to connect and correlate my periods of homelessness and ill health with my atheism. But I don't think that being an atheist made me homeless and I know being homeless didn't make me an atheist. Since people so often bring this idea up to me, I decided to create an answer I can direct each new person who asks the question to.

Some religious people have told me that not thinking God is real caused all of my (well-deserved in their opinion) suffering. I believe that my difficulties were not a punishment from a God - since I don't think God is real, how could I think that? Many people who are devout believers have even worse lives than mine so that logic doesn't hold up. Additionally, if I analyze what happened in my life, I can pretty well see why things happened the way they did.

As an atheist, I believe that autism is a real thing. I ascribe to no ideology that causes me to reject the existence of learning disabilities and emotional problems as real. Having been diagnosed with autism, I tend to believe I am autistic. There is a known connection between inability to perform in social interactions and autism. In fact, that's almost the definition of autism. My autism was not properly treated when I was a child and, like almost every other autistic who receives no special assistance, when left completely on my own I experienced difficulties. I was a stranger in a strange land. I had no familial support and had formed only the most inadequate of friend support structures in school.

When this left me homeless, I was the perfect victim for predators. I was incredibly naive and socially inept. I had no "common sense" to keep me from dangerous situations. I reacted to harmful stimuli (beatings, rapes, and other frightening encounters) by withdrawing into myself instead of reaching for help as most people do. That entrenched me more deeply into homelessness - a shell-shocked autistic isn't the best at navigating the hard road out of homelessness.

So that's what I think was the reason I was homeless.


As to whether or not being homeless and suffering assaults and ill-health made me an atheist - that question is much easier to answer. I've never thought God was real so becoming homeless and getting assaulted, hurt, and sick didn't impact my absence of belief. In fact, being homeless and unwanted made me want to believe. Unfortunately, I am not able to believe in anything I don't think is real.

The Big Flaw in the "Everything Has a Creator" Argument 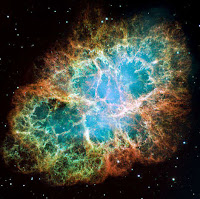 It's a common argument used against both evolution and the Big Bang Theory - that everything must have an intelligent creator. It is also argued that no thing can come from nothing so God made it all. This is all presented as logic.

The Big Bang Theory is a good hypothesis as to how the universe reached its current state. It is based on observations of the physical universe and the laws of nature as observed by man.

Without God, How Can an Atheist Feel Love? 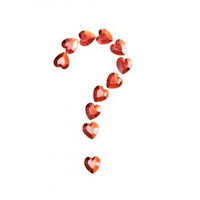 Some religious people believe that love and other emotions are part of humanity's divine nature, an aspect of being made in God's image. Because of this, as an atheist, I've been asked where, if God does not exist,
emotions come from. I have been asked "How can an atheist feel love?"

I think that emotions are part of our biological, chemical, and psychological make-up. There is ample evidence that animals also possess emotions of similar sorts to our own. There is also ample evidence that hormonal and chemical changes to the body produce emotional effects even if the subject is unaware of them. In menopause, pregnancy and during the menstrual cycle fluctuations in estrogen and progesterone affect womens' emotions. A deficiency of testosterone can not only reduce a man's sex drive, it can make him depressed and lacking in motivation. Physical stimulation or damage to the brain produces and affects emotions. Closed head injuries can cause depression and irritability - they can also change personality and alter emotional attachments.

Have you noticed that when someone threatens your life, safety, or property or writes a comment amounting to hate speech on your atheist blog or article, they usually do so anonymously? Their name seldom links back to anything.

So, if atheists are evil liars that are destroying society and deserve to die then why are people afraid to say it using a recognizable online identity? If these people are not ashamed of their bigotry on some level, why are they staying anonymous? You'd think if they were proud of being bigots, they'd want everyone to know.

What are they afraid of? Do they think hate speech directed at atheists will harm their chances of getting a job? Are they worried about what people will think of them if they are somehow connected to their online bigotry? Are they concerned that legal consequences to their hate speech and threats will catch up to them?