An Atheist on Christmas 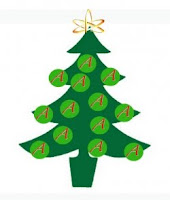 Thanksgiving is over though the leftovers are not. The retail world switched to Christmas last month. So now is the time to turn our thoughts to the end of the year. Whether we talk about it or not, each "out" atheist is bound to hear a few snide words about Christmas. So here is my page on Christmas and a few snide words of my own: An Atheist on Christmas.
Posted by Kylyssa Shay at 10:54 AM No comments:

I don't believe in souls but I didn't like the way the discussion was going. The statement that they don't think autistic people have souls is dehumanizing because the yahoos saying it do believe in souls. I was horrified to learn people I thought of as friends would believe such a thing, that some human beings are less human than they are. Of course, I "unfriended" those folks.

Why am I writing about this now if it happened earlier this year? Someone else mentioned something similar today so I thought I should record the phenomenon. Has anyone else heard of this or something similar?

I have bumped into quite a few atheists who are on the autism spectrum and I think it is possible that autistic people are slightly more likely to be atheists than people in the general population. But I have as theory as to why that might be. I think most autistic people live in a fact based world and are either unwilling or unable to play along with the pretend game that is religion.
Posted by Kylyssa Shay at 1:07 PM 4 comments:

An Atheist View could use a boost

An Atheist View is one of my Squidoo pages on atheism. It has some new material added and it needs boost. It used to have a spot on Squidoo's homepage but its views have been dropping. So, if you have a moment, please stop by An Atheist View to help restore it to its place of pride on Squidoo's front page. While you are there, you may want to take a peek at some of the newer atheist relevant pages that I and others have put up there.

Thanks a ton, folks!
Posted by Kylyssa Shay at 10:24 PM No comments:

Don't Ask, Don't Tell - Why are we coddling bigots?

Some people voluntarily decide to go out and risk having to kill someone or get killed themselves by joining the armed services. They risk their physical and mental health for something they believe in, our country. Due to these brave volunteers, America has not seen a draft since 1973. We owe them a lot.

So why do we care who they love or what bits get them aroused? What difference could a person's sexual orientation make in his or her ability to serve as a soldier? Not only that, but gays and lesbians are already serving and already have served in our military with distinction. DADT is a blight on our nation's honor.

A mere mention of a husband, wife, or partner can get a gay person discharged from service. A Facebook mention by the husband, wife, or partner of someone serving in the military can get that soldier discharged. So today, Veterans Day, the loved ones of soldiers serving in harm's way dare not post their messages of support or prayers for safety online for fear of getting that loved one booted out of the service he or she has chosen.

The folks opposing the repeal of DADT are fantasizing about gays running amok and raping hetero soldiers while the rest of us have different images in our minds, perhaps of a man embracing his partner who is going off to war or a woman, child in tow, eagerly watching for her wife and her child's mommy to come out of the gate at the airport. Now which of those things seem perverted? The perversion exists in the minds of the bigots.

I repeat myself - there are already gays and lesbians in the military and they are doing nothing at all bad. DADT is asking them to be isolated and in the closet, as if their personhood and service and sacrifices are meaningless. We'd never think of telling a soldier he can't talk about his wife but some folks, for some perverse reason, think that a soldier ought to never mention his husband.

Folks who oppose repealing DADT also love to quote the Bible to underline their perceived superiority when, in fact, many Christians have no opposition to gays in the military or anywhere else.

Most of the people troubled by the idea of repealing DADT are bigots, bigots with a bunch of perverted ideas. So puzzle me this - why are we coddling bigots?
Posted by Kylyssa Shay at 10:11 AM No comments:

Does God Work People Like Puppets To Make Them Do Good?

I write about my experiences with homelessness on Squidoo. On one page I bit back the pain and horror of the experience and wrote about how an amazingly brave and compassionate homeless man rescued me after I was raped and assaulted. Someone chose to use this knowledge to come to my main page on atheism and to use it to evangelize. I see this as evangelism because the comment did not appear on the page with the story about this amazing man, but on an unrelated page of mine about atheism. The person brushed off the actual man's role in saving me and brushed off his very existence, dehumanizing him, by saying he was an angel from God. He wasn't. Justus was a man, a human being who risked his freedom to bring a bleeding delirious girl to the hospital.

I think it is dehumanizing to give God credit for everything good people do and to, on the flip side, give all credit for any bad things people do to the people who did them. It's a statement asserting that humans can never do good, only evil. It demeans the sacrifice, compassion and humanity of people who choose to do good things.

I think that humans are responsible for both good and bad. I don't think that God controls people like puppets to make them do good. I suspect that even if I thought God were real, I wouldn't believe humans were not capable of good on their own. Why would they be worth saving if they weren't? Why would something that is only evil unless possessed by God something worthy of saving or even allowing to live?

Email ThisBlogThis!Share to TwitterShare to FacebookShare to Pinterest
Labels: free will, puppets, puppets of God

An Atheist on Thanksgiving

I'm an atheist and I believe that Thanksgiving is a holiday for everyone who has something to be thankful for.
Read More>>>
Posted by Kylyssa Shay at 11:06 AM No comments: