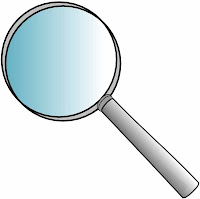 I use several tools to track views to my assorted internet articles and blogs. One of them records the terms typed into search engines that land people on my Squidoo pages. Sometimes I run across some search terms that land readers on my atheist relevant pieces that give me pause. I've posted some of search terms before but I've got an interesting new crop to share. I clipped off all of the non-interesting ones and left the odd or disturbing ones and those that I felt needed a flippant response. The search terms are posted in gray.


atheism = mass murder ...
Last time I checked none of the atheists I know had committed mass murder

atheism caused crimes ...
Don't atheists only make up less than 1% of the prison population?

atheism should not be allowed ...
How, pray tell, are you going to make everyone think at least one god is real?

atheist serial killers...
Well, at least they aren't accusing us of doing it en-masse in this one, serial killing is so much more orderly.

god does not believe in atheists, so atheists don't exist ...
Ahem, wake up and read the bus ads. We annoy you, therefore we exist.

god's accuracy hatching eggs aetheist ...
I have no idea what this means but I found it oddly amusing.

moral depravity atheism ...
OK, we get it, you think atheists are all running amok and raping your grandmother.

For Me, Belief Is About What I Think Is Real, Not What I Wish Were Real

My answer to that question is usually followed by - "But it's so easy! All you have to do is accept Jesus as your personal savior and your reward will be eternal life."

I get eternal life in paradise, freedom from all suffering, ultimate justice – all for believing in Jesus? Cool! What’s not to like about that? It sounds great. I wouldn’t mind believing in that – if it were real. The not being real part gets in the way.

Fairy godmothers sound awesome, too. I want a fairy godmother! I want a beautiful fairy princess, a tame dragon, a magic wand, and the ability to fly, too. Just because I want them, it doesn’t make any of them real nor does my desire make me believe that they are.

Maybe it's a personal quirk but I just can't make myself believe in anything I don't think is real.

Then they bring out the nasty stuff. "If you don't believe in God you'll burn in Hell forever and ever!" Often the religious person will go on to explain how the suffering in the non-consuming fires of Hell is unending, that a person never gets used to it because the Devil is endlessly creative in coming up with new tortures.

That sounds pretty scary. Only the impact is somehow lessened by the fact that no such place exists. The person hasn't frightened me into believing, they've only annoyed me.

So, there are two points to keep in mind when wondering why I don't believe in God -


Thanks to Mark over at Proud Atheists for inspiring this post!

My Take on the Atheist Bus Ads

Now, a Des Moines bus driver is getting suspended for refusing to drive a bus with an atheist ad on it. The ad is a sign that says "Don't Believe in God? You Are Not Alone" - which seems pretty innocuous to me.

People don't seem to get the whole point of these ads. The sign is just saying - "Hey, you, that guy over there that doesn't believe in God - you are not the only atheist in existence and not everyone wants you dead!" as far as I'm concerned. It's a message that needs to be put out there.

Atheists in America have been made to feel unwanted and despised for quite some time now. We've been hiding in closets to protect our jobs and families. We've been hiding to be safe from bigots. But that is ridiculous! It's wrong to just hide and take that crap in a country where we are supposedly guaranteed free speech! Not only that, the majority of Americans are smart enough and compassionate enough to see where religiously motivated bigotry is wrong if they just participate in some discussion and learn to see atheists as regular people.

Many Americans don't need to be informed that bigotry of any kind is wrong, they simply haven't noticed it because it isn't directed anywhere that they would logically see it. My religious friends were shocked by many of the stories and news items I've shown them. These atheist ads bring the discussion out. Plenty of religious people aren't willing to let the bigotry go on either once they know about it.

I think these ads will also embolden people to challenge other religiously motivated bigotry.

So my response to the atheist bus ads is this: Freedom of Speech: Not Just for Christians Any More

So I put that message on some items including t-shirts and buttons over at Zazzle along with a colored pencil drawing of a city bus, some in color, some in black and white.

Freedom of Speech: Not Just for Christians by Kylyssa

Freedom of Speech: Not Just for Christians by Kylyssa
Posted by Kylyssa Shay at 9:18 AM 1 comment:

Today's post is not about an atheist issue, it's about a human issue. I'd like you to take a look at the page where I'm telling the story of my personal healthcare crisis and my dealings with government agencies. Things have sucked for me for several years now but recently another glitch catalyzed the writing of my story.

Part of it deals with my financial troubles but it all goes back to the health care system.

You can find my story at My Health Care Issues where I will continue to add more as life goes on.

I'm hoping to add a good cluster of links to resources to help other people in my situation so please contribute any you may have.

More Funny Stuff from the Mouths of Fundies

As I've mentioned many a time, I live in a very fundieful area and I've worked with a lot of very conservative religious people. Sometimes, fundies say the darndest things. While looking through my old journal I was reminded of an incident I found rather amusing.

The store owner was South African and much more liberal than the average employee in his shop. He'd mentioned a number of times before that the constant playing of praise music was a bit annoying. We played satellite radio at the shop and it was almost permanently set on set on a Christian music station. One day he came in and chatted with us for a while when he noticed the radio was playing a mainstream song.

He asked, "Did someone finally change the channel?"

My co-worker (and manager) replied, "Sometimes this station plays sexual music between the Christian music."

The owner asked, "Sexual music? It's not Christian but isn't calling it sexual going a little too far?" After all, the song had been a Kenny Loggins ditty called "The House at Pooh Corner" which could not be construed as sexual in any way.

She replied, "You know how you have your Church life and your sexual life? Everything that is of the world and not of the Church is sexual."

She went into the cooler to get more flowers and I burst out laughing. The owner joined me. He laughed hard enough to tear up.

He asked me, "Should I tell her or do you want to?"

For a short time after his explanation, she used the term 'secular' but eventually slipped back to using the word 'sexual' instead.

So every time I see or hear the word 'secular' I giggle just a bit.